Mark your calendars because tomorrow, August 13th, is International Left-Handers Day! International Left-Handers Day is a special time of the year where friends and families show how proud they are to be left-handed and also raise awareness of several issues left-handed individuals deal with in a right-handed dominant world. According to the Huffington Post, lefties make up about 10 percent of the population. Some famous people that are left-handed include Phil Mickelson, Rafael Nadal, Barack Obama, and Paul McCartney. The number of left-handed individuals has slowly been decreasing and becoming closer and closer to extinction due to the growing manufacture of right-handed gadgets, awkwardly designed desks, and various cooking utensils. One way that many individuals are celebrating International Left-Handers Day is by creating a “Leftie Zone”. A “Leftie Zone” is a designated area of personal space where everything must be done in a left-handed fashion. This includes such tasks such as writing or talking on the phone. The “Leftie Zone” is used to help show right-handers some of the frustrations and difficulties that left-handers face in their everyday life. If you are left-handed, be sure to celebrate and do your part to create awareness for the left-handed community. 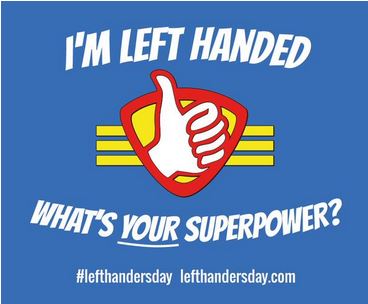 Benefits of Having a Strong Core

You probably have heard endless amounts of comments from people saying how they wish ...

Ways to Achieve Your Gym Goal

Most people have the desire to be more fit, to lose weight, be more ...

The Importance of a Good Night’s Sleep

Sleep can often be neglected or overlooked as something that we can wait just ...